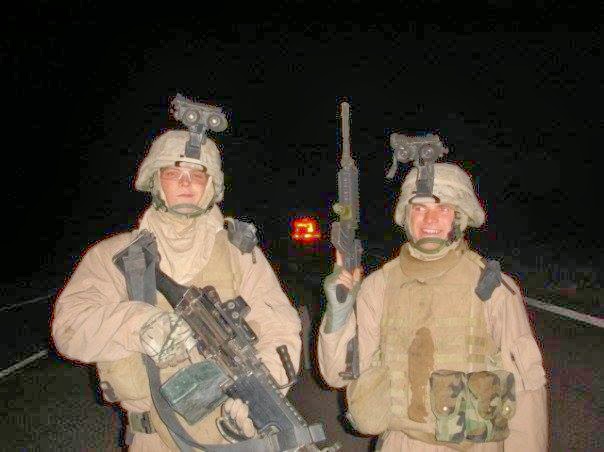 How To Come Home

A common feeling shared among combat veterans is the anxiety and loneliness associated with coming home from war.  These feelings may not make sense to others, but these are issues many veterans face.  They might feel useless once they are done fighting a war, not knowing what else to do with themselves.  They might feel lonely being away from other people who understand their experiences. For Blake Gilroy, a Marine veteran of the war in Iraq, these struggles are all too real.

Blake served in the Marine Corps Infantry in Iraq from 2006 to 2007.  During that time, he was injured after being involved in three IED explosions and also experienced the loss of a good friend.  Servicemen who experience situations like these often struggle the most once they are home.  This may be because during a war, they are doing their job and trying to stay alive.  They must remain focused, and can’t dwell on what takes place while they are overseas.  However, once they are home they have all the time in the world to think.  At the same time, they are trying to learn how to live life outside of a warzone. This was the case for Blake.

The following is from an interview with Blake:“The hard part about coming home isn’t what I had to do when I put a uniform on, it was what I had to learn to do when I took it off, whether it was for a night or permanently. It was certainly unpleasant while I was still on active duty, not so much for me but for everyone near me. I drank constantly and figured it was completely fine provided I always made it to work somewhat sober in the morning. I felt physically fine, and didn’t have too many symptoms as I was living on base at the time. Eventually shit caught up with me and I found myself on a locked unit and then to rehab. After I had been in rehab for a few weeks, my doctor there told me my problem wasn’t with booze it was with PTSD, which had never really crossed my mind.”

At the end of Blake’s time in the Corps, he tried to go back overseas to fight in Afghanistan.  He was told he could not do so, and got out of the military.  Blake went home not knowing what to do with himself, as he was no longer Cpl. Gilroy.  He struggled to have normal conversation with other people, and had trouble talking with people who could not understand him.  Many people would want to know, “Did you kill anyone?” which was a question Blake hated.  He also couldn’t focus around too many people at once, because he was constantly worried about what they might do or attempt.  This made normal tasks like grocery shopping very difficult.  His neighbors saw him as just a “crazy veteran” besides one man who was a Marine veteran himself. It’s been a long time since Blake had an uninterrupted sleep.  Most nights he sleeps on the couch to be closer to the door.  Blake says, “There’s a part of me that is never going to leave the war, and while those of us that have been there understand it, there’s no teaching anyone else the truth about it.”In February 2014, Blake went to Nashville to write with professional songwriters, Ryan Creamer and Lance Carpenter.  He wrote about the challenge he still faces every day, coming home from war. “They taught me how to fight, how to shoot, how to stay alive,How to win, how to save, how to take a life,They taught me everything I needed to know,But they didn’t teach me how to come home.”

How To Come Home